-that even with all the progression, regression and frustragression I have been lax in providing "ERGO" time. It had been months, before he requested(!) "ERGO, MOMMY. ERGO!" earlier this week. We both fit in it a little differently these days- but it does give a little intangible something...  Long lasting .... something.

-that, apparently, I reserve the right to make up words on my own blog.

-that I've been trying to attach a picture to this post for 12 hours now and it will not load- so it is late getting posted and you got no picture.

We are still here. Stil holding on. Things are progressing and changing and regressing all at the same time!! 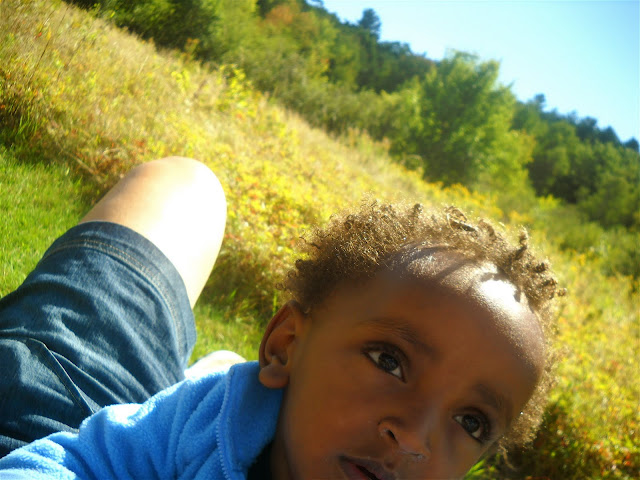 The last couple months, we have been going strong. Moving fast. Developmental milestones. Attaching. Connecting. But there were still some behaviors that needed tweaking. I figured we were making such great progress lets keep moving if he can take it. Apparently- he couldn't .. and more importantly... I was lacking in preparation and information. (hindsight and all) 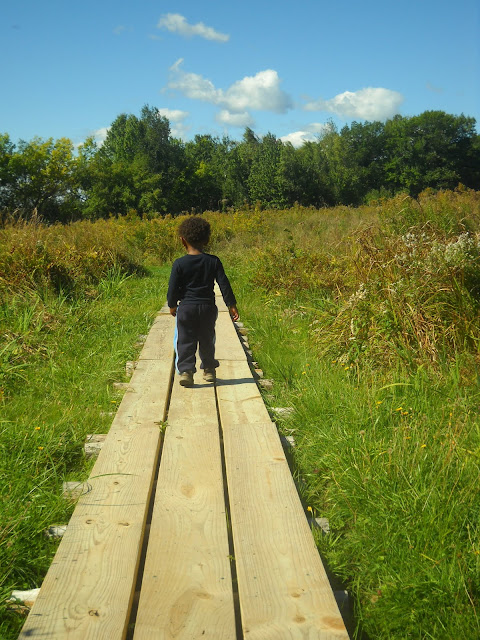 I started employing some, connection tools- to connect to him and build a solid foundation and then moved on toward showing him better ways of getting attention. I could give you a synopsis and although it isn't exactly what we went through, these folks wrote a good breakdown of the steps they used from Parenting the Strong Willed Child (week1   week2   week3 and week4) I actually incorporated some basic stuff from the 'Incredible years" which I took as a parenting class.

I may be wrong- but here's where I think I threw us off track. The ignoring. I started wondering if it was just three year old controlling or negative seeking behavior... but it got... desparate and intense and that's when I finally.... FIINNAAALLLY realized.... "I'm ignoring a child that was formerly neglected. Should I be doing this?"

ETA: I should note- this is a very good book. But my son has some specific long term neglect in his history- I didn't realize how long term until I met with the therapist and some questions were answered.

Granted. It may have only been a moment or two until that particular behavior stopped... but.... I think it was enough to pull whatever little triggers this little guys got. I could kick myself- but... i've thrown my knee out doing that  and there are more things every day that deserve kicking.... so I've giving up kicking too. 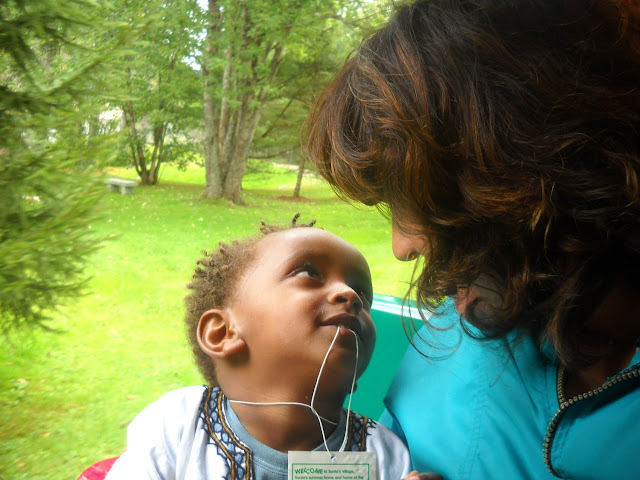 So that's where we were when I left you last, and although we haven't completely recovered we're taking on more and I'm not sure where to stop.


Head Start started last week. It is a great program. And although people can say alot of bad things about it in general-- our program is TOP NOTCH and today's nightmare proved that they are the right place for both of us (another story for another time). It's only 4 hours each day 4 days a week. 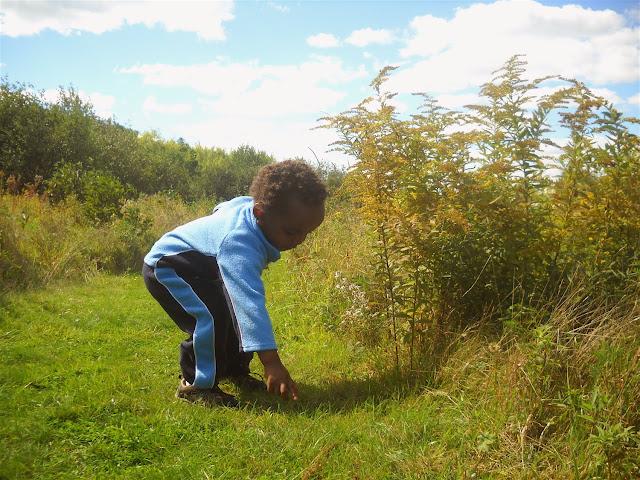 I've met with a child / family therapist who has experience in attachment or 'adjustment' issues. One visit with her and I already can't wait to go back!! (We both begin going soon) I think this may be the best thing we've done. And on the really really really hard days (today) I wonder why therapists aren't on call 24 hours a day.... or... maybe if I just moved next door to her and had all her phone numbers so she could help us straight away?!?!?  Wouldn't that be great??


So I wanted to catch you up. The past few weeks- I've just been taking it easy with us- trying to 'connect'. Have fun. Enjoy. Laugh. Going interesting places, but going at his pace. But I have hard days (today). And with our kids from the hard stuff- even just connecting and laughter can be work, challenging and overwhelming. Sometimes, I have to back off and not 'love on him' too much. But usually I don't know until he's already past his limit. This. Stuff. Is. Hard. Fun. Lovely. Wonderful. Beautiful. Agonizing. Hard.

ETA: I should also note- that a pre-scheduled event (Teg sleeping at Nana's) has also instigated extreme clingon's and pushaways. I should have known to tell her she's got to wait. I thought he was ready-- but after everything else.. it was very bad timing and hopefully we'll get through this stronger. I must remember to be consistent and nurturing even during the grumpy's.


I'm thinking of making some small changes to the blog so that may take some time too. I don't know how well this is working for a journal for him. I really want to keep up the handwritten one. But there is so much I want to share that has helped us. So much people need to know going into caring for kids from the hard places. Neglect. Hunger. Malnourishment. I have some lighter subjects to include as well! Not all debbie downer. Heavy Hal. Lighter moments and absolutely ridiculous situations that single parents are forced to put themselves in. Man... that could be a book!
Posted by Sha Zam- at 10:21 PM 4 comments

Someone got a hold of my camera. 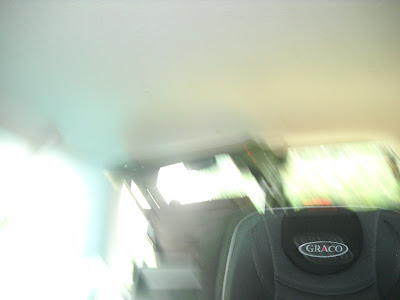 Someone was in my car, snapping photos at will... 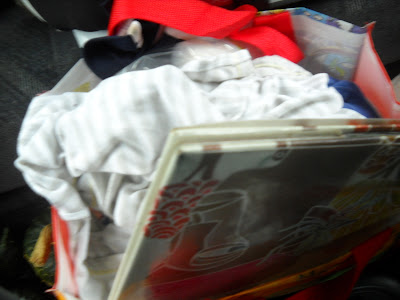 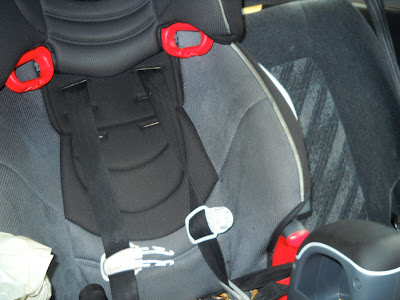 I suspect the culprit is indicated in this picture- those little curls are a dead give away.... 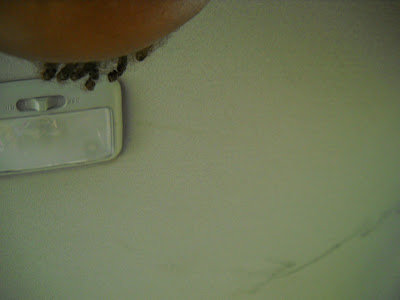 Is it any wonder why I now have now way to see what I'm taking pictures of anymore (viewfinder and screen both smashed!) ?  Three year olds and digital camera's.... are a delicate balance.  (Today- be a friend... .and ignore the obvious question of why he was in the car unsupervised....) 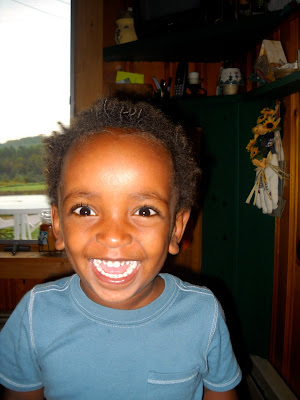 Sunday Snapshot- Guess Where We Are Today?? 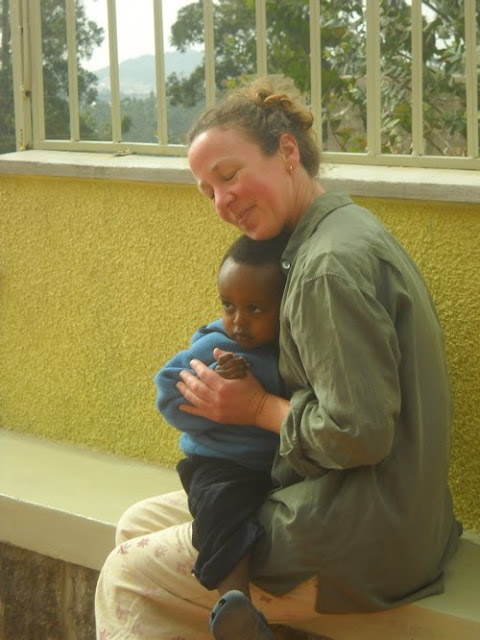 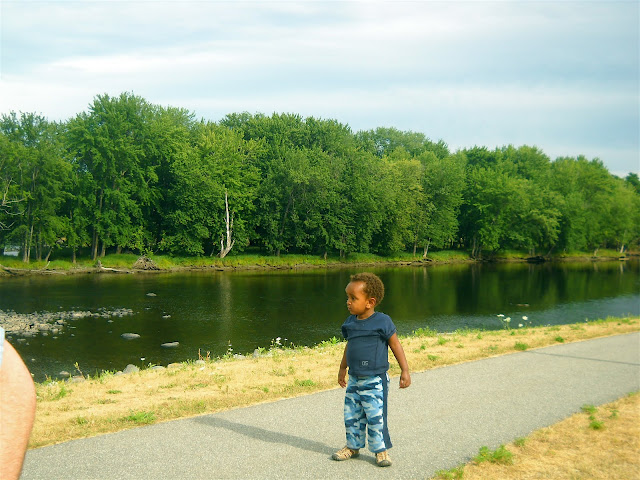 It sounds like this inside my head....
Holding hands, walking along a fence line bordered on other side by the road:

Uh-oh. Lamp post. Squeeze the both of between post and fence or go around. Hmm- Going around... it's close to the road. It'll break his focus. Oh crap. Missing grass. Pile of rocks. He'll definitely want dig his hands in. And then I'll - should I let him or- remind him to keep moving toward the bathroom before he pees in his pants. If I have to keep him away from the rocks.. it'll add the the battle count for the day and well-  screw it.. we can both fit between the fence and the pole. Sideways... but we'll fit. Not worth it.
Leaving the house.

Finally!! Got him to the door. Oh crap. I forgot something. Is it worth it? hmm.. Sunglasses. It's burning bright out there. I'm gonna get a head ache but... Sunglasses are in the bathroom. If i go back- he's sure to follow. If he makes it to the bathroom- He'll insist on using the bathroom. And washing up. And playing in the bubbles. And sort laundry. And move his step stool. And if I get him out of there- he'll need to check the fridge and want more to drink. So... headache. Yup. No Sunglasses. Not worth the domino effect.
The bigger stuff. THe 'lesson stuff'. Especially in unexpected places and unexpected times, like in the doorway of the YMCA at busy let out time.  The 'is it worth it'- is clear. YES. But sooo much harder to carry out.

Freak out that someone found my blog by searching "Single Mom Shannon"??  Ok--- now I think posting this will just make it easier to find again... no?  I guess that isn't a bad thing. It's better than... well... other searches.

Do you know--- the most hits I get from Goo.gle searches are on the page I wrote about an encounter at our local ice cream shop?  I find that weird. The majority of this blog has chronicled my path to building a family and... yet... goo.gle seems to point to it in terms of chocolate ice cream.  Hmmm. I do not know how those analytics work... ??  But its late.. and now I feel the urge to search my cupboards for sprinkles.

We are doing better.

We are still in a bit of survival mode.

We are taking it slow.... making forward progress. I'll be back soon. Very soon. 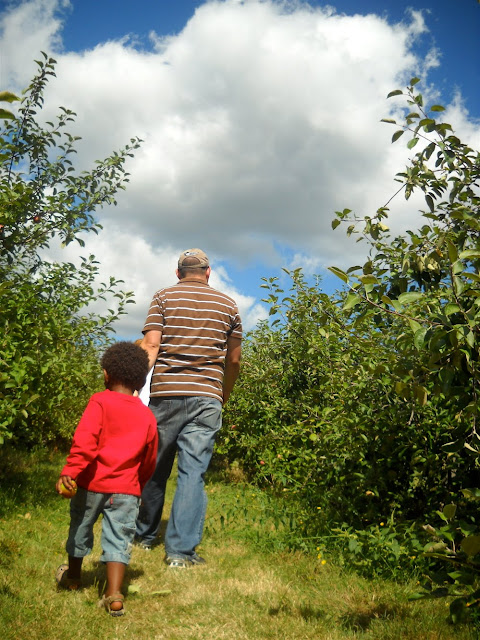 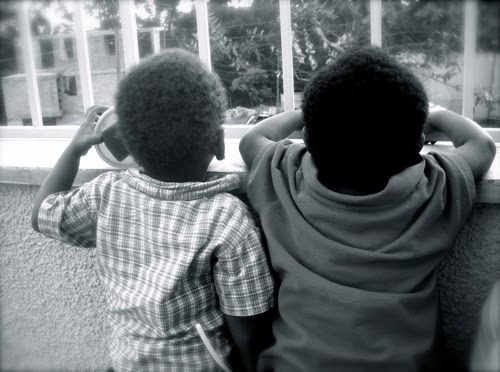 The post I wrote on comfort nursing struck home to a lot of you.  You may also find this one from Staci and her family equally as interesting. Staci, rocks this mommy thing, and if you haven't read their story.. you should stay awhile and get caught up.  Their story is mesmerizing and completely unbelievable if it weren't true!
Posted by Sha Zam- at 11:28 AM 1 comments