The first of many.

Ok- this isn't much of an update- but I haven't had time to finish the other one. So... sorry. Maybe after Christmas. But to catch EVERYONE up to date on one important note;

Travel dates are finalized and booked. Ryan and I leave January 11th. We leave Addis on the 23rd and arrive the 24th of January with the little man in tow.

Flights were finicky and difficult and although it requires 3+ days just in travel- we are both fine with it and will get us there a day earlier than necessary.

That is it!  Travel update complete~!


For all you future travelers out there, I used Reach One travel. She does other agency bookings but hadn't been suggested by my agency. She was great- and trust me when I say, I was a PIA!! Although the prices were only slightly less than 'regular online listings' these are not tickets with a million restrictions/not refundable etc. These are good ones. (so I'm told... I haven't actually traveled yet- so what do I know... )
Posted by Sha Zam- at 7:06 PM 5 comments

Ever since passing court back in October, things have been... FULL SPEED AHEAD!  That isn't to say that much has happened for the little man in Ethiopia, but there has been too much on Momma's plate and typically-  everything seems to take more 4 times as long to accomplish anything for me... to say things (i.e. me) have been crazy- may be an understatement.

Full speed ahead, is not a speed I'm comfortable with, nor do I function well at such velocity. Unfortunately- it's been necessary. The intensity leaves me single minded focused.. I will be the first to admit-- it has taken its toll.


Not only is my brain at max capacity and my emotions all over the map- but my body is beginning to rebel. I've had more headaches in 2 months than I've had in my life thus far. My stomach feels like the lava flows of Kilauea.


Remember that commercial:  "This is your brain on drugs"?..   Well, my brain is functioning like a Scrambled Egg.  Mrs. Reagan, I'm sorry to tell you, "Drugs" would be a vast improvement.

Shonna has been 9 months pregnant 4 times now. I can not begin imagine how she did it sans alcohol and caffeine?


FINALLY. F.I.N.A.L.L.Y!!!  I've accomplished some of the "must do's" and reached a point that I can ssssllllooooowwwww down. (hopefully...)


Some quick updates that you may or may not be aware of: 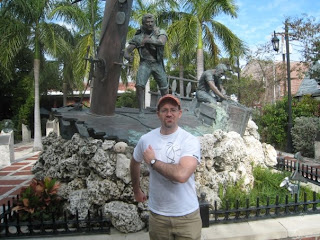 -Ryan is planning on traveling to Ethiopia with me. Oh- By the way. Ryan has learned to speak Amharic. Although Amharic is the nat'l language of Ethiopia, it isn't too much of a stretch to call it 'obscure' on the global scale (only 20% of Ethiopians speak it). Although we all know my brother has the intellectual capacity of all the worlds super computers combined--- THIS-- Learning Amharic... is quite touching for me.  (Although I admit to giggling to myself as I imagine him dragging Jon around the Ethiopian neighborhoods of DC to practice his conversational nuances.)


-TC (dontcha love that those are his initials! Remember TopCat? He was on after FatAlbert on Saturdays)  .. anyhoooo- TC was hospitalized for a while (about a week) having respitory issues back in early November. He was diagnosed with pneumonia.  All accounts are that he is fine and back at the care center playing with all his buds. (As an educational aside: Diarrhea and Pneumonia still account for killing the largest number of children in the world.  Simply having access to safe drinking water would drastically diminish that)


-While he was hospitalized we got some new pictures of him. Here are a couple just to tease you.  I'll also attach a couple so that you can print them out and take them home and sleep with them under your pillow (come on. You know you want to...!)


-Shortly after that his birth certificate was issued!! Wee hooo. 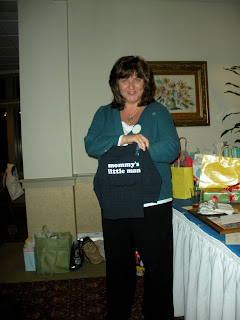 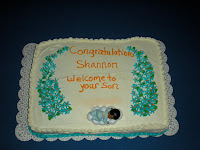 -In December, TC and I were showered with love at the Country Club.  WOW! My sister, mom and I'm sure many elves planned a really really really really really nice party. Upon arriving I was most relieved to notice the bartender still on duty. (the perks of adopting... no alcohol or caffeine detox required.) I can't express enough- how much it means that many of you were there to celebrate. So many people have gone out of their way to be so generous throughout this process. Sometimes there just aren't words to fully capture the appreciation. So all i can say is- Thank you. 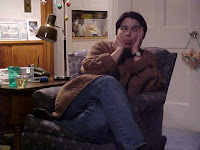 My sister the generous fantastic over the top party planner!

-Still no confirmation of a travel date. The last I knew we were 'tentatively' scheduled for the middle of January. Last week I learned that he had been scheduled for his embassy physical- but no one knew if that had been done or when the physical was actually supposed to happen.  ??? (remember a long time ago- I told you that one of the things you need to get used to is "I don't know" as a legitimate answer)  As long as his physical goes ok- we could be traveling anytime in the next 6 weeks. (in theory..) There are some 'issues' with the embassy right now- so our "advance notice" for travel is not expected to be really "advanced".  But we will do the best we can to find reasonable flight schedules.  January is also the high holidays in Ethiopia so that is making things "tight".  But no sense worrying about it. We'll get there. (in theory...)


-I'm packed! I'm a little overweight (oh hush up. I talking about the luggage!!) So I may have some figuring or send some stuff to Ryan- but I think I'm close anyway. Typically we are allowed 2 pieces of checked luggage but one of my pieces is a tote full of donations for a family- warm clothes and medical supplies. (Thank you Ashlee & Ryan for the Med Supplies! Made 'em all fit!) Of, course.. there are a few more details I have yet to do and take care of in order to claim.. DONE PACKING... but... I'm done enough to ease the fretting. (in theory..)

-Remember a while ago I told you of my friends who switched agencies because they found their children waiting with another agency.  They will be in Ethiopia to bring their 2 kiddos home over Christmas!!  They are over the moon excited!  As am I for them!  Lisa, Nate, Ammanual and Mesret are a beautiful family!

JUST TO CLARIFY TWO THINGS:
Last email I mentioned TC's original diagnosis of Kwashiokor.  Kwash is not something he still "has".  It is just a state of being from malnourishment. He was treated, fed well, and is now ok. It is not like asthma or diabetes (when you get diagnosed you have it forever).  It is more like pneumonia or rheumatic fever: (you had it- you heal- but it may have lasting effects so you have to be aware of it.)


The fundraiser that Tara did for Haiti (mentioned last update) was this past spring. Long before any of us ever knew about my little man TC- but precisely during the time he was suffering from the Kwash and could have benefited from something like a Medika Mamba treatment.

That's all I have for now... I think?  I'm working on another quick update - Lord only knows when I'll finish it for you....  Love and huggs to everyone during this season of Holidays, hospitals, funerals, sadness, goodbyes, joy and new life.
Posted by Sha Zam- at 6:10 PM 8 comments

"Get Shannon's Toukas In Gear" Party...

SO- retail therapy has been fulfilling...and... filling.  Literally. Filling up this small little castle.  I don't think I can say there is much.. if anything.. that we "NEED"- not anymore. Floor to ceiling. Every surface. Tucked under every piece of furniture..is ... STUFF.  Stuff for traveling to Ethiopia.  Stuff for a 2-3 year old.  Stuff  stuff everywhere.

"Overboard", may be a valid accusation.

So much stuff.. that I don't dare take out all the gov't forms that I'm supposed to have ready to travel.. in fear I'll immediately lose them amongst the other stuff.  I haven't cooked, literally in over a month. And yet the dishes from the last time I did are still on the side board.  The sink is sparkling clean and empty. No dishes in there. Showing that beneath this stuff- it is clean. It's just ... full. Disorganized. Unprepared.

If I think about it I panic.  So I don't think. Although I did realize.. I need help. And I've asked for it.  Even when I get 'the call' to travel with 4 weeks notice... I'd never pull this off by myself. And I'd never feel comfortable with it if I did.

Work is FULL right now. Stress and pressure.  But preparing a "Leave plan"- plus getting things done ahead of time - plus teaching others to do stuff that can't wait while I'm gone - plus prioritizing what can wait and what can't--- that is another full time job right now.  Now go and add in the preparing to travel to Africa for 2 weeks and preparing to have a 2 year old in the house.

Scrambled Eggs. That is my brain.  Actually probably more of a blend of Scrambled egg and swiss cheese- many times I'm in the midst of sentence and completely forget what I was talking about...   They warned me about 'mommy brain'... I never thought it'd start this early.

So- I've bribed my 3 of my nearest and dearest with food and *beverage* to come over and help me on Friday night. They are all "take the bull by the horns" people so they will make decisions that I would hemm and haw over.({insert huge sigh of relief})   I also asked Ashlee, a former *traveler* to join in the confusion.  Poor thing.. she's got no idea what she's in for if she shows up....

There is no therapy- like REAL FRIEND's COMING FOR A VISIT!

(and just to be clear... all food will be take out as literally the sideboard, table,  island and stove are covered with... you guessed it... stuff).
Posted by Sha Zam- at 11:41 AM 4 comments