To whom much is given, much is required. 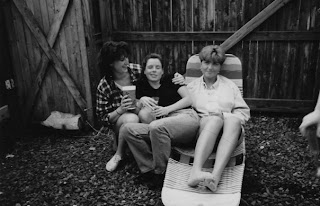 I’m trying to be the person I need to be... no, WANT to be. I’m not there yet. But little by little, He’s bringing to bear the power I need to pull my weight. I’ve been given so many gifts. I’m reminded every day. Only in the last few months has the requirement of what I must do been a daily reminder.

The suspicion looms over me, that there is far to go before being ready to receive the true blessings I’ve been praying for. From the simple to the divine- still far to go. From no longer accepting microwave popcorn and a bottle of beer as being an acceptable dinner choice, to making personal care a regular thing everyday, to saving more, to laughing more, to slowing down, to being patient, kind and loving in the tough and tired times, to self discipline, to praying and listening to what is in my heart throughout every day. 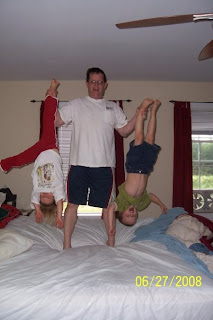 Mostly, I just feel so blessed. I have been given the friends and family that is perfect for me. The friends I have, I never sought out, they just seemed to just… always… be. Family is family. My friends are my family, and you know who you are. I’m beginning to recognize that these very special people were given to me as perhaps my most precious gift. 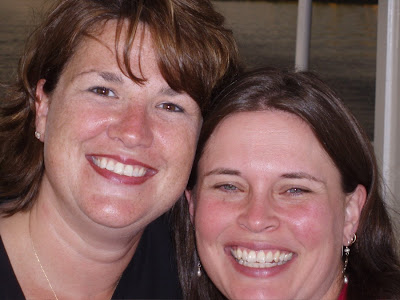 To whom much is given, much is required.

I’ve been so selfish. So absorbed in the tedious mundane paper-chase of the adoption maze, that I haven’t been fulfilling many of my requirements. Little by little I’ll get better at doing so. And yet even in recognizing that I haven’t been living up to my end, I still see blessings around every bend, every phone call, text message and pop in. So tonight when I rest for the night, my prayers will be a big thank you to each of you for always being there for me and for the Big Guy upstairs who threw us together.

I read Bonnie's post today and it was just what I needed to hear. She wrote:

You know sometimes when you are following God he really and I mean really shakes you up and asks a lot of you. If you have the courage to say yes - well there are blessings unimaginable to follow. We feel like we are still in that season. A year ago God asked alot of us - shook us up and added to our family in an unexpected way and it has changed us immeasurably. It has taken us out of our selfishness and opened our eyes until we are crying out to God again and again to use us to forward his kingdom. The blessings have been uncountable - but the smile of a little girl - well that's the biggest blessing of them all. 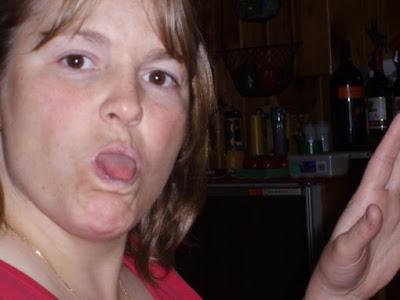 ps:- I don't have pictures on this machine of quite a few of you... you know who you are.
pps: Camera broke on NYEve. Living on the iPhoto library for a while.
ppss: Ok, I'm back on my internet break. For real this time... self discipline, remember. 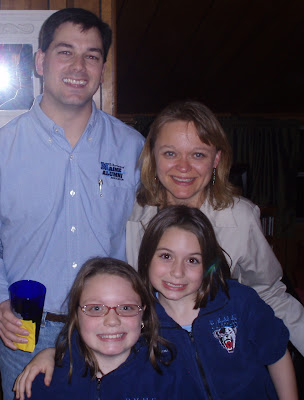 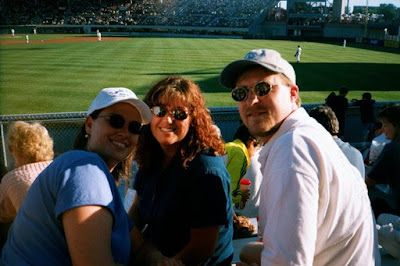 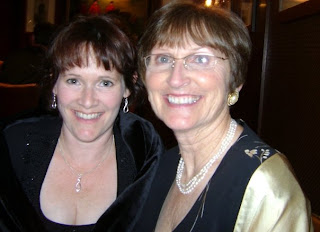 Links to this post
Labels: Giving it to God, The Wait

This post is for a couple reasons:
First and foremost: Today, January 7th is the celebration of Christmas, known as Ganna in Ethiopia. Melkem Genna, Merry Christmas Ethiopia.


Secondly: As yesterday's post said: I need to shake things up. Get rid of the all the ... INTENSITY. Today, I'm giving up internet access for a while. I do not know how long it will be.. I'm determined that when I'm no longer "jonesing" to check the forum (50 times a day... no exageration) to see who had referrals or who made it through court ... only when the "jonesing" has passed am I allowed back in.

This is especially hard today. Referrals tend to come in big "batches" and yesterday there were 5 referrals & one travel date to update on my list. Yes everyone. There is a list. There is a perfectly capable "list keeper' named Morgen who keeps the "unofficial" official list on the forum, but is that good enough for me?... no of course not. I'm spreadsheet obsessed, so I've created my own. Some how I found time for that and not to go to the gym...? Somehow I've found time for lots of obsessing online and not incorporation lots of important things. So- unless forced, I'll only be checking email.. NOT my yahoo address! from now until the stars align and I get back. This means no FB either. Wish me luck and forward motion or at least motion in 2009!!


The Ethiopian Christmas, known locally as Ganna after a hockey-like game the shepherds played when Jesus was born, usually falls on the old Julian calendar date of 7 January. The celebration has a gently festive air, especially on Christmas Eve in Addis, where people gather to eat, drink and dance.


Christmas is generally not that important in Ethiopia. This is partly because Orthodox Christianity is more centred around Mary than Christ, but most importantly because death is considered more significant than birth, hence Easter is a much larger religious occasion than Christmas. Only very dedicated Christians fast before Christmas, whereas almost all fast before Easter.

Most Ethiopians who live outside the modern capital city, Addis Ababa, live in round mud-plastered houses with cone-shaped roofs of thatched straw. In areas where stone is plentiful, the houses may be rectangular stone houses. The churches in Ethiopia echo the shape of the houses. In many parts of the country there are ancient churches carved out of solid volcanic rock. Modern churches are built in three concentric circles.

In a modern church, the choir assembles in the outer circle. Each person entering the church is given a candle. The congregation walks around the church three times in a solemn procession, holding the flickering candles. Then they gather in the second circle to stand throughout the long mass, with the men and boys separated from the women and girls. The center circle is the holiest space in the church, where the priest serves Holy Communion.

Around the time of Ganna, the men and boys play a game that is also called ganna. It is somewhat like hockey, played with a curved stick and a round wooden ball.

The foods enjoyed during the Christmas season include wat, a thick, spicy stew of meat, vegetables, and sometimes eggs as well. The wat is served from a beautifully decorated watertight basket onto a "plate" of injera, which is flat sourdough bread. Pieces of injera are used as an edible spoon to scoop up the wat.

Twelve days after Ganna, on January 19, Ethiopians begin the three-day celebration called Timkat, which commemorates the baptism of Christ. The children walk to church services in a procession. They wear the crowns and robes of the church youth groups they belong to. The grown-ups wear the shamma. The priests will now wear their red and white robes and carry embroidered fringed umbrellas.

The music of Ethiopian instruments makes the Timkat procession a very festive event. The sistrum is a percussion instrument with tinkling metal disks. A long, T-shaped prayer stick called a makamiya taps out the walking beat and also serves as a support for the priest during the long church service that follows. Church officials called dabtaras study hard to learn the musical chants, melekets, for the ceremony.

Ethiopian men play another sport called yeferas guks. They ride on horseback and throw ceremonial lances at each other.

Ganna and Timkat are not occasions for giving gifts in Ethiopia. If a child receives any gift at all, it is usually a small gift of clothing. Religious observances, feasting, and games are the focus of the season

The above info on Genna is from: istc.org and howstuffworks.com

Links to this post
Labels: Ethiopia, For my kids

So the day we’ve all been fighting, scrapping, chasing, studying, favor begging, notary chasing, crying, email waiting, waiting, waiting, cleaning, writing, reading, saving, driving, laughing, photocopying, blogging, praying, anxiety riding, waiting, anticipating, wondering, and hoping for came on the 30th of December 2008. Some where, under the surface, I’m really giddy, happy & relieved. On the surface, something totally different. I’m a little unsure with what to do now? I’m in such a constant state of alertness. On guard, ready to go at the next cue. The problem is, there is no next cue coming. 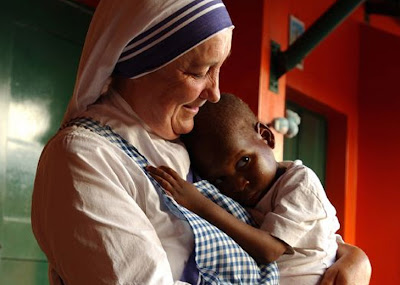 There is so much to do. Outside of the regular, “mom getting ready for baby stuff”. I have to get myself back to being the person that was going to make a great mom. Get my mind back in the here and now. Hardest of all, getting my body healthy and in shape to have all the energy I need to chase a little one. Granted, when that will be is not in our hands, but still… work must go on. So little by little, I’ll get back to visiting family and friends, going out for drinks, find the YMCA, get outside for walks (did you know I hiked but ONE TIME all last year!! Yup, ONCE. ME!) Refurbishing my mind and taxing my body. By the time baby and I are finally together, we will both be ready. 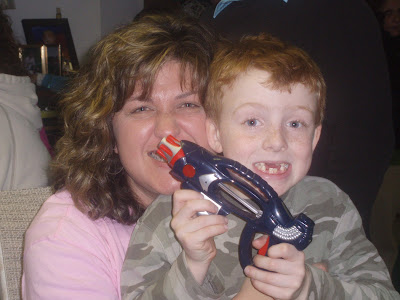 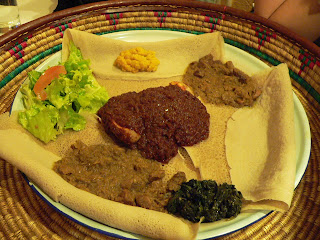 To My Child... Today I ventured to a great little restaurant in Portland on Oak Street. I tried authentic food from the country of your birth. Not only did I really enjoy it. The entire experience was very emotional and fun for me. I don't know if I'll ever learn to cook that way, but we'll be enjoying it together, one way or the other.

I didn't know really what to expect. I was told to expect it to be really spicy and no one I'd talked to ever liked the Honey Wine. It was spicy and I loved it... plus any time Momma gets to eat with her fingers, it's going to be a hit! The Honey Wine.. I found quite... intoxicating... especially upon refills.

Although, my lunch date couldn't make it this afternoon, I decided I would go by myself anyway. And I was very excited to get there. I was there early in the evening and was the only seated customer, and yet personally met, by name, every person who came in the door. One of which, I hope you'll get to know as they have just welcomed home 3 of your country-mates.

Today made me very very excited to meet you, after leaving a long stretch of anxiety, worry and tail chasing. This was a very enriching day for me and hopefully our family. It's just the beginning, and I'm loving this journey to you.